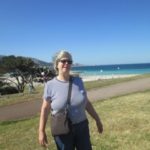 I am currently working on Robert Burton’s The Anatomy of Melancholy (1621-50).  In many ways, this is a quite traditional project: the analysis of a single canonic, if little-read, work.  It is located in the rhetoric of medicine because conventional wisdom holds that Burton was more interested in a religious and psychological understanding melancholy than in medical treatment.  I aim to think back into a time when the distinctions among these disciplines were far more murky.  Work has been slow: I’ve written an essay on genre in The Anatomy that should appear next year in Philosophy and Rhetoric, and I’m working on a chapter that analyzes Burton’s use of medical texts.

My previous work concerned women who, from a variety of marginal positions, wrote medical texts—nineteenth century women physicians, the writers of Our Bodies, Ourselves.  I was interested in how these writers appropriated and changed the discursive resources that were available to them, and in how other discourses, particularly political or domestic discourses, circulated in the writing of these women.  With Our Bodies, Ourselves and the Work of Writing, I felt that I’d  explored these questions enough.  I had read The Anatomy with a lot of interest when I was a graduate student, and the idea of returning to that text with the resources of medical rhetoric at my disposal was appealing. I remember saying cavalierly, “Getting a handle on early modern medicine can’t be that much harder than learning nineteenth century medicine.”  I was wrong: it is a lot harder.  Almost all the relevant texts are in Latin, and translations are sparse. Early modern medicine was a humanistic discipline, which means that everything from Hippocrates through Galen and Avicenna to William Harvey is relevant, and that any text written in Europe was available to any reader.  And there is a deep, specialized scholarship in early modern medical history.

That scholarship has been my bane and also my salvation.  I’m lucky to have access to a reading  group in Medieval and Early Modern Science and Medicine through the Philadelphia Center for the History of Science, http://www.pachs.net/.  Sitting with that group, I’ve learned a lot about the intersections between early modern science and early modern rhetoric.  It’s no accident that one of the most prominent historians of early modern medicine, Nancy Siraisi, has written on medicine and rhetoric, or that one of the most important theorists of early modern rhetoric, Nancy Struever, has written on medicine.  The work of these scholars has given me some valuable direction in negotiating the labyrinth of Burton’s text.

But I am not a historian. I can never achieve the mastery of early modern medical texts I would need to make credible independent statements about how doctors practiced in seventeenth century England. My business with Burton is not to write such a history: it is to show how medicine inhabited a textual space that favored exchanges and borrowings from a range of literatures: essays, books of consolation, epideictic speeches, popular health advice, sermons.  Within twenty years of the final edition of The Anatomy, many of these literatures had become specialized discourses, shaped by their own genre constraints and speaking to their own audiences.  I hope to show that in The Anatomy, these discursive forms are still in deep conversation with each other.

Now all I have to do is write it.

Work in relation to symposium keywords

The keywords that resonate most with this project are connections and methods.

Connections, because I’m really after seeing how ideas are exchanged among the differentiating knowledge practices of the mid 17th century.  Method, because I’ve had to rethink the methods for comparing genres and texts that I developed in analyzing more recent writing to account for the specificity of the multilingual and international practices of 17th century scholarship.

This is a nested-box question for me.  Rhetoric of science is one important reference point, but there are two broader disciplines that I engage with more regularly: science studies and medical history.  Both of these disciplines offer useful connections with practitioners of medicine or medical communications.  Since one of the courses I teach, Texts and Cultures of Science, enrolls students from the sciences and the humanities, I’m able to get a lot of practice in facilitating conversations among students from different fields, and I’ve found that a science studies framework offers a productive meeting place for them.
I have never felt more specifically a rhetorician than when I have worked with medical historians.  For them, a text (a hospital record, a letter, a book of consultations) is evidence about the world as it once existed.  The only reason to look closely at the text itself is to account for possible distortions.  For me, the text is the material object of investigation: it tells me what writing meant to a group of women who were trying to make sense of their iffy pap smears, or to a crochety 17th century don whose melancholy did not erode his sense of the ridiculous.  For historians, this work may seem “speculative” (and that isn’t a term of praise), but gauging their reactions to my work helps me to ground my reading and reminds me to explain things that seem obvious to me.

This answer suggests two ways in which medical rhetoric/communications can relate to other fields: the other fields can provide bridging language that renders our work more intelligible, or the other field can offer productive definition and limit to the work we do.

The question that is really pressing, and that I haven’t begun to address, is how medical rhetoric (or any other kind of rhetoric, for that matter) can become an “exporting” field rather than an “importing” field.  We regularly use theories and explanations from a variety of disciplines: how can we make our work useful to those disciplines, so that our exchanges are more balanced?

I would make a case for “differentiation” as a useful keyword for our field.  Jurgen Habermas uses “differentiation” to refer to the development of distinct forms of argument and rules of evidence in various discursive domains.  For example, we measure a memoir against a standard of sincerity and expressiveness, but we measure a medical text according to its ability to represent the physical world (unless we are doing a rhetorical analysis of it).  Differentiation, like many of Habermas’ concepts, is both a historical process and an analytic tool.  The concept can help us understand why arguments that worked in one situation translated, or failed to translate to another; to study how writing in one field developed its own tropes, genres, and modes of argument is helpful in understanding how the field produced its objects of study and generated its audience.

What has worked so far is a recursive process of moving from the secondary literature in the history of medicine, through the Burton scholarship, to primary texts and back again.  I built a list of the central texts that an Oxford-trained physician would have known, based on general histories of early modern medicine and specific works about seventeenth century English medicine.  I compared this list to the catalog of Burton’s own library, and to the citations in The Anatomy.  I struck some texts and added others.  I read what I could in modern editions, in archives, or through one blissful week, at Burton’s library at Oxford.  I went back to the secondary sources and found I could make more sense of them, that they pointed me to more specific passages in the primary texts.

These methods are pretty traditional.  But I’m not hoping to generate a traditional source-and-influence study.  If things work out well, I’ll write an account of how 17th century discourses circulated that’s something like Blake Scott’s account of pharmaceutical advertising (but with more Latin), or Richard Doyle’s account of the relation of DNA and LSD (except more linear).  If I’m going to do that, I need to bring some mobility into the analysis.  We know that Crato of Kraftheim was an important early modern physician; we know that Burton used one of his letters of medical advice to shape several chapters of The Anatomy.  What I want to do with this knowledge is to see what kinds of temporality Crato constructs in his letter, how the narrative of disease is ordered and punctuated, what Burton does with that narrative, and if I’m lucky how these temporalities can be put in conversations with other early modern experiences of time and narrative.