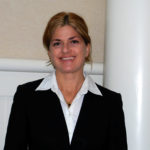 My long-standing research interests in the rhetoric of genomics culminated this past May in the publication of the book The Material Gene: Gender, Race, and Heredity After the Human Genome Project. In the book I consider the broad implications of the sequencing of the genome by treating “heredity” as both a scientific and political concept. Beginning with the argument that eugenics was an ideological project that recast the problems of industrialization as pathologies of gender, race, and class, the book traces the legacy of this ideology in contemporary practices of genomics. Delving into the discrete and often obscure epistemologies and discursive practices of genomic scientists, I map the ways in which the hereditarian body, one that is also normatively gendered and racialized, is the new site whereby economic injustice, environmental pollution, racism, and sexism are implicitly reinterpreted as pathologies of genes and by extension, the bodies they inhabit. Comparing genomic approaches to medicine and public health with discourses of epidemiology, social movements, and humanistic theories of the body and society, I rethink our common assumption of what might count as effective, just, and socially transformative notions of health and disease.

I am currently working on two new projects. The first is a series of essays that engage the new scholarly literature on “biocapital.” I am particularly interested in the commodification of human ova and umbilical cord blood as well as the ways in which these bodily tissues and organs are a kind of speculative capital. The questions I am exploring include, what are the possibilities for political subjectivity in an age of biocapital? How might bioethics speak to the new intersections of bodies, labor, capital, and commodities? And what can a feminist perspective add to the discussion?

The second project concerns “biomonitoring,” the practice of testing human tissues for traces of chemical residues. Biomonitoring is a socially and technologically significant method of detecting toxic exposures. In addition to writing a social history of biomonitoring, I am looking at its discursive and communicative aspects. For example, I examine how biomonitoring data is produced, circulated, and appropriated by government agencies, nonprofit organizations, and social movements. As a communication studies scholar trained in the rhetorical tradition, I do not assume, as other scholars and scientists writing about the efficacy and ethics of biomonitoring do, that the data should be standardized to avoid conflicts over interpretations of meaning—a claim that rests on the assumption that scientific data is self-evident, field-independent, and value-free. Rather, I assume that conflicting interpretations of biomonitoring data result from irreducible features of human symbolic action. I also consider the ways in which different stakeholders (positionalities that are always in flux) employ different modes of reasoning—technical and social reasoning respectively—to make sense of the data and act on it. This project also draws extensively on theories of the body to argue that biomonitoring data, because it is extrapolated from human tissues that are culturally coded (breastmilk and blood are never NOT gendered, racialized, and sexualized bodily fluids), it is data that embodies social norms. More importantly, biomonitoring data is part of new rhetorics of risk and the body and therefore could be said to be constitutive of new embodied subjectivities.

work in relation to symposium keywords

The words that relate most to my work are methods and ethics.

I chose methods because to my mind, the approach I take to the study of genomics discourse is what sets my work apart from others.

The methodology I employ to study medical discourse assumes 1) that deep connections exist between medicine and the economic and social order, and 2) that humanistic approaches should be privileged in order to both situate medicine within complex relations of gender, race, and economy, and to provide the conceptual space for imagining alternative narratives of bodies, health, and disease. For example, in my work on genomics, I assume “heredity” to be as much a political and economic concept as it is a medical one. Heredity functions as a way to pathologize bodies while simultaneously depathologizing the social relations and economic arrangements of which those bodies are part. In the case of genomics, my methodology requires, first, a close examination of genomics discourse to uncover logical homologies with the social and economic order (e.g. reading genes as always already racialized) and second, comparing and contrasting biological narratives of the body with social narratives of the body.

I chose ethics for two reasons. First, my work on genomics, in particular, the BRCA genes, has implications for how we understand the ethical treatment of women at hereditary risk for breast and ovarian cancer. Second, with the emergence of new production and consumption practices unique to the “bio” economy (e.g., genetic sequence information as speculative capital, the sale of human ova), we need to rethink the principles of conventional, even feminist, bioethics.

With regard to genomics, I have argued for an ethical stance that relies neither on the individualist and privatized principles of conventional bioethics nor on the relationality of what social theorists term “biosociality.” Instead, I call for an ethics rooted in relationality beyond, or outside of the biological body. We must connect with one another and make social justice claims based not on shared biological characteristics or even social identity but of shared experiences of institutions and environments. More recently, I have argued for a Marxist approach to bioethics, insofar as the agent of ethical claims and action is constituted by the production and consumption practices unique to the new and emerging “bio” economy.

• How would you describe the relationship between medical rhetoric/health communication (however you see yourself) with other fields and sub-fields (e.g., rhetoric of science)? For example, we struggled with what to name the symposium. Some suggested medical rhetoric, but that doesn’t comfortably fit some from Communication nor from English Studies. In other words, how do you align what may be a specific focus with broader disciplinary concerns and tensions?

I often see and put into practice connections between medical rhetoric/health communication and biopolitics and medical rhetoric/health communication and philosophy of science. With regard to the first, “biopolitics,” there is increasing interest in Communication Studies with the ways in which the study of communication, broadly construed, can help us understand how the call to health (some say the ethical imperative to be healthy), serves individual and institutional needs, but also the needs of the state and capitalism. Our access to, and enactment of discourses of health, are some of the ways in which we internalize a particular neoliberal logic of “somatic” identity, or an individualized/privatized ethic of “self care.”

The second connection I see is with the philosophy of science. My own study of medical discourse is in many ways informed by this scholarship, especially feminist and continental approaches. First, I understand biology, medicine, and public health to be a set of practices that are thoroughly social in nature. Even the process by which one reasons from evidence to conclusion is social, as inference is structured according to social conventions particular to a community of inquirers. Second, scientific change cannot be explained according to narrative of logical problem-solving, but is instead a process involving both error, social and economic commitments, and the constitutive power of discourse.

My approach to the BRCA genes, for example, insists that BRCA risk was not so much “discovered” as it was produced. The BRCA risk carrier is a new subject of risk; the “treatment” of risk (e.g., prophylactic surgery) involves new conceptual developments, insofar as risk is treated as is it were a disease, and the treatments themselves are developed, timed, and communicated in ways that reflect social norms of the gendered and racialized body.

• What do you see as the primary distinctions between a “humanities” orientation to research and a “social sciences” orientation? what is at stake in these different orientations?

The primary distinction between a humanities orientation and a social science orientation concerns the status of discourse. Let me use the specific case of the use of racial categories in medicine and public health. Sociologists, such as Joan Fujimura, have employed qualitative social science methodologies such as interviewing and ethnography in order to study how and why geneticists employ racial categories. In particular, Fujimura is interested in what some geneticists are doing to avoid recourse to racial categories. This is important research that investigates what exactly is happening in the lab. However, as Fujimura herself reports (and with some frustration), even when well-meaning scientists avoid use of racial categories when sequencing DNA in the effort to understand differential genetic risk, they nevertheless end up, more often than not, reproducing a certain racialism in their thinking. This shows, I believe, the limit to social science approaches that attempt to understand something like racial ideology by documenting the stated scientific belief and by ethnographic observation of laboratory practices, as ideology is not something that is revealed in these kinds of settings and exchanges. Rather, it can be mapped most effectively by the study of discursive practices where habits of mind (and of body) circulate and are reconstituted.
Social science approaches also tend to think of language (e.g., racial terms) as something that can be “cleaned up” to avoid confusion. For example, one reviewer of my book on genomics asked that I specify how various disciplines employ racial terms as well as think about how training scientists can help avoid intra-disciplinary confusion. As a critic trained in the rhetorical tradition, however, I maintain that there is no “right” or “wrong” use of racial terms or even the possibility of transparent standardization. Rather, different meanings are unavoidable and our task as critics is to map these different meanings and explain their attendant cultural, social, and economic commitments.
Moreover, although I recognize the importance and existence of field-dependent reasoning practices, I also maintain that racial and gender ideology is ideological insofar as it pervades discipline-specific research practices. Implicit in the reviewer’s comments is the argument that racial ideology emerges from specific conventions of research and medical training. I employ textual analysis as a point of departure to that view because I believe attention to discourse reveals habits of mind not readily discernable through an examination of formal training and other documentable conventions of basic and applied research. In other words, genomics research and medicine is indebted to the larger culture for its knowledge claims and specific practices. This is not to say that we should not be attentive to obvious and subtle differences in meaning. For example, one argument I make in the book is that in many ways, epidemiological work on race and disease prefigured genomics’ use of racial categories in disease research. Proving that argument required close attention to the rhetorical workings of various discourses which my rhetorical training allowed me to do.

One of the most pressing issues is health disparities. However, too much attention is paid to unquestioned notions of “identity” as the source of health disparities. Health disparities research tends to reify notions of “race” and “ethnicity” rather than explain how one’s experience of racialization is what accounts for different rates of diagnosis and death. “Race” does not explain disease; “racism” does (this is why racial profiling in medicine is so problematic). Communication scholars, especially those working in the humanities tradition, can help us think of identity categories is ways that resist reification and instead think of them as positionalities, always in flux, the result of social relations, norms, and state and institutional practices. It is especially important to be asking these questions with regard to gender and medicine. Whereas the use of racial categories is controversial and contested, it is arguably the case that the use of normative gender categories is not only unquestioned, but on the rise.