What has struck me lately is this idea of what is old is new again. Or rather, that the history of health and medicine can give us insights into our own current time. Historical events and historical concepts  provide interesting examples or analogous points for considerations in light of current events. Below I use two examples to potentially help us think through our current moment related to information and the vaccine rollout.

The connections between the Current COVID-19 pandemic and the 1918 Spanish Flu Pandemic have already been made, but I want to go back even a bit further to connect some of the early statements of the incoming Biden administration on vaccine rollout to that of the Queen Elizabeth I’s Plague Orders to churchwardens that was published and distributed ca. 1578.

What is a fascinating about this text is two fold. It is different from other medical texts at the time because it combines a policy document for public health with current medical information. Many of the other medical texts during this era did not make this policy move and if they did, the policies were drawn from Church doctrine. Other “plague tracts” that addressed plague or other pandemic-like diseases such as the sweating sickness often moved to moral arguments on containment aligned with information on to ease the suffering of those who were sick.

Second the orders incorporated the advice of the Royal College of Physicians, which it seemed was one of the first (if not the first) mass distributed document that merged scientific expertise with public health policy. Even though the Royal College of Physicians was founded in 1518 it lacked any sort of comprehensive power to enforce or to govern so instead it consisted of a vast array of networks that included all types of practitioners and medical information. Care was dispensed by “medical practitioners” who ranged from university trained physicians to barber-surgeons, empirics, “quacks,” apothecaries, and midwives. Doreen Nagy concluded “concepts of a unique corpus of established, academic knowledge on one hand, and of backward, simple folk medicine on the other, are equally misleading […] the two merged together into a largely amorphous whole.” This move to a national management strategy based on “science” was meant to help the nation cope with the plague by offering advice to safeguard the health of the population. This national strategy was used again in the larger outbreak of the plague ca. 1665.

Policies have long been ways (both good and bad) to help and to control populations. Public health ca. 1575 is not much different from public health ca. 2021: communication channels are multiple; cultural divisions control information and acceptance; mis-information or no information is rampant; the nation is divided in its beliefs thus a singular approach is problematic. The list is likely longer than what I’ve written here, but 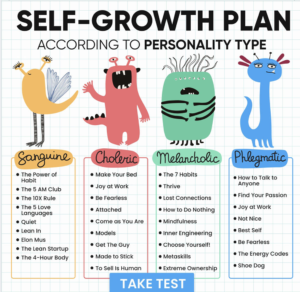 I have also found myself consistently amazed at the perseverance of humoral theory. which is still practiced in some ways in culture around the world. The humors, “are the things that make up the body’s “constitution and cause it pains and health.”  English medical theory originates from the Hippocratic corpus (5th century BCE) and extends through Claude Galen (129-201 CE) and Arabic traditions, notably Avicenna (tenth to eleventh century CE). A key component of the success of humoral theory relies on reason and experience. Balance is the foundation of human physiology, and relies on the patient or practitioner’s ability to understand the body and logically conclude what needs to be done. Basic medicine relied on the concept of the seven naturals. Table 1 illustrates the combinations of the elements (fire, air, water, earth), the qualities (hot, cold, dry, moist), the humors (blood, phlegm, yellow bile, black bile), and corresponding temperaments. Food, drugs, and drink also had humoral properties, which aided in treatments. For example, a disease that was hot and dry could be balanced or cured by substances that were cold and moist. When the humors were out of balance, you were sick.  To regain health, the body had to be put back in balance, which occurred through the natural process of purging through enemas, bleeding, or vomiting. The process of purging and bleeding would often be done in relation to the astrological calendar.

The “non-naturals” are another key aspect of humoral theory that influenced health and wellness.  The non-naturals existed outside of the body and could effect overall corporeal health.  As Thomas Elyot explains, the non-naturals “be soo callyd, bycause they be no porcion of a naturall body, […] yet by temperance of them, the body being in health.” The six non-naturals are food, drink, and fasting; sleep and wakefulness; air (or the environment); exercise and rest; excretion and retention; and emotions or passions. The non-naturals work in tandem with the humors.  For example, one could fast in an attempt to balance after over-indulgence.  One could wear a cap to bed to affect air or one could eat more of certain foods to encourage excretion. Hot and cold are not actual temperatures, but instead, are an inherent quality and its effects on the body. The degrees of hotness/coldness and dryness/moistness were often rated on a scale of 1 to 4, with 4 being the highest.  Humoral theory accounted for most illnesses and diseases, and encouraged moderation and temperance in all things.

Where this idea of humoral theory shows up is most surprising to me, particularly as it relates to the spread of information (and mis-information) and the pop culture wellness gurus found on Goop and other locations.

Or in the case of Figure 1, the humors are match to a personality type “test” commonly found online where you can help to determine your self growth plan. The characteristics of each humoral category are totally made up, but I find it utterly fascinating the cultural appropriation of humoral theory and the many locations that it can be found. One of the most interesting ways I’ve seen humoral theory ported as it is somehow aligned with personality types and characters on popular TV shows or movies. This particular fan site has aligned the four humoral categories to a host of characters from the Ninja turtles, to the cast of Friends, to My Little Pony, and to Dawson’s Creek.

Part of the historical categorization of bodies no doubt has to do with trying to gain a deeper understanding about something that we often do not totally understand. Attaching our need to know more about the unknowable often means we try and port theories as heuristics because heuristics give ways to organize (even if it is reductive).

These two disparate historical examples actually do go together. They point to a continuation of thought that sheds light on many of cultural (and human) impulses in relation to the distribution and understanding of scientific/medical information. If the rationale for the first plague order was to protect the people and humors have been used to understand our relationship to our bodies for millennia then it is a good thinking exercise–if nothing else–to see what we can learn from history.

For me, I do believe it’s possible for us right now to deliver complex information to millions of people to protect public health, but to do so, we may need as many lessons from the past as we can get.

Be the first to reply